Theatrical Arson and Architectural Hoarding in the Hudson Valley


Kingston, New York claims a spot in history for being burned to the ground.
As the birthplace of the State of New York, Kingston became the target of British retaliation during the American Revolution.
Reenacted in a biannual extravaganza including fife and drum marching, red coats, boats and mock battles serves to remind the British that they ravaged a quaint little town in America long ago. The 2017 celebration of torching the town begins the evening of Friday the 13th in October and continues through the weekend. Payback is a riot. 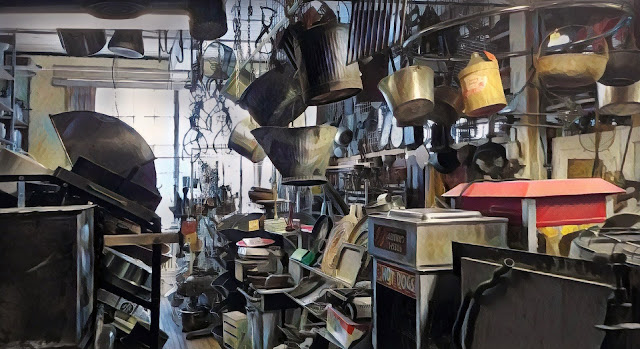 Another jaw dropping experience in Kingston is the fabulous Zaborski Emporium. Imagine that your garage is ten times bigger and four floors high. Fill it with items from 10,000 yard sales of centuries past. 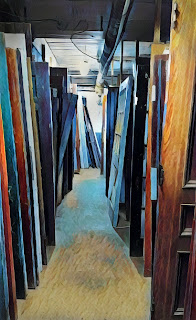 Dismantle hundreds of older homes, then stack the pieces ten shelves deep starting with the largest and heaviest items on the top floor. Create a labyrinth of salvaged doors in the basement so patrons must ardently search for an exit.
Then go home and organize your garage, which will feel like fluffing pillows by comparison. 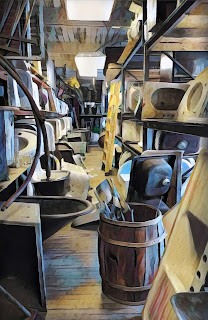 Admirable is the monumental effort to acquire enough stuff to sink a cruise ship. It was impossible to choose one thing over another. Some items required loving hours of restoration while many were in excellent shape. Generations of friendly family members materialized in the maze to offer guidance.
I asked a worker to find me before they locked the doors for the night and he assured me they call out before turning the lights off.
Zaborski Emporium is a museum of deconstructed homes. It wasn't a shopping opportunity for me the first time through, because it was overwhelming. A woman trundled passed towing a bathtub on a dolly and as I stepped out of the way (impressed by her fortitude) she said, “Everything in here is old.” I think she meant us too. 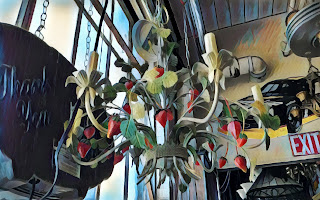 A whimsical chandelier looked like a tacky plastic import, although further investigation revealed hand-crafted tin berries. I doubt the artisan had access to plastic fruit during its creation, but the effect was comic and surprising in this century. For $450 it is sadly still there, but I do want it. I left glad to have seen their amazing collections of chairs, lamps and hardware hanging from the ceilings like bats, awed that so much could be crammed into one building. I felt small in their larger than life collection and deliriously happy. 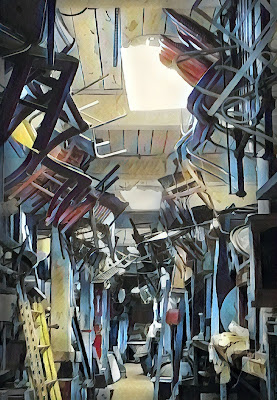 Their prices could be considered a service to compulsive junk collectors. Finding that one thing that you have longed for might be worth the price. It is a mystery worth exploring. 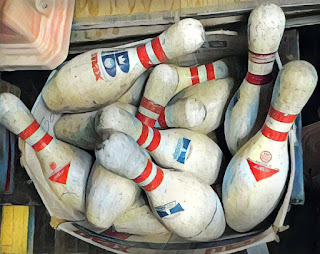 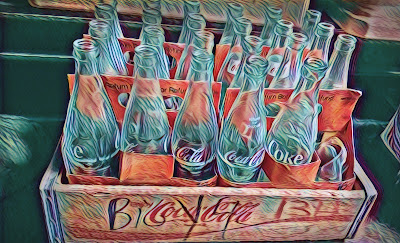 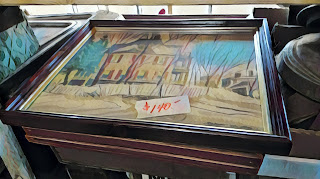 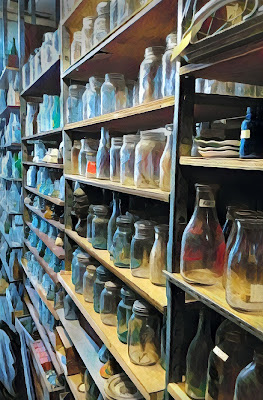 Posted by catherinebuchanan.com at 10:41 AM