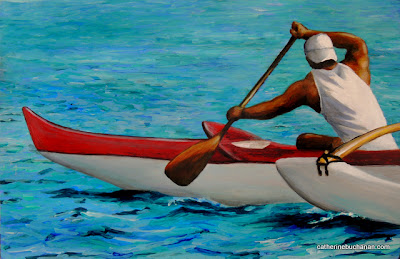 Today's painting, a canoe leaving the beach at Sadie's by the Sea. The ocean in the South Pacific really is this blue. This is my first experience painting in public. Fortunately it was impossible to take myself too seriously in a silly hat, the library staff know how to have fun. Happy Halloween! 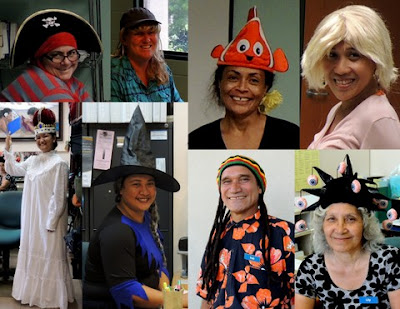 Posted by catherinebuchanan.com at 9:50 PM No comments: Links to this post 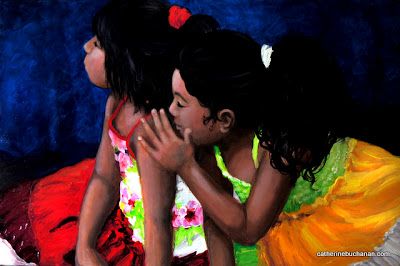 Today I set up my portable studio at the Feleti Barstow Public Library on the second floor in the photo archive room and started painting. It was great fun to reunite with friends who work at the library and anyone is welcome to visit while I’m painting from 10-3 Mon-Fri and until 2 on Sat.
I'm finally over wondering whether or not I could actually do a portrait in a day, but there is always room for improvement. That's what keeps painting interesting, there is always more to learn.

Forget the Job, Find a Venue


When I've expressed concern about finances friends often say, “Maybe it’s time to settle down and get a job”. While I haven't written about it much, my eccentric business model actually works. Uncollected debts and broken promises occasionally happen, but luckily I’m still solvent. There is no clear path to success in the arts. Galleries and museums have a finite set of invisible rules. "Going rogue" refers to those of us who take our art careers into our own hands come hell or high water. It is a risk, but then I'd rather be driving the float in a parade than riding on one. It's a matter of personal choice and finding what suits your personality.
My unconventional strategy starts with finding empty walls in public places, then acquiring permission to create exhibits. My paintings are currently hanging in airports, hotels, restaurants, libraries, schools and hospitals. Once upon a time I worked as a carpenter in museums where thousands upon thousands of paintings languished on shelves wrapped in dirty plastic. The vision of those sad, hidden paintings destroyed my drive to follow the narrow path that leads to curatorial approval. Only a small percentage of the paintings held in permanent collections ever hang on public museum walls. While I no longer aspired to have my paintings stored under filmy plastic in an obscure warehouse I did want them to be seen so took matters into my own hands. That ah-ha moment thirty years ago inspired an adventurous life and I have no regrets. I gave up my studio, moved onto a boat and sailed off to explore the world. Painting has opened doors to marvelous and fun experiences.

In 2012 I generated 90 paintings in 90 days on Molokai. Exhibiting the large wall of paintings in a courtyard behind Imports Gift Shop in Kaunakakai was popular with visitors and profitable. 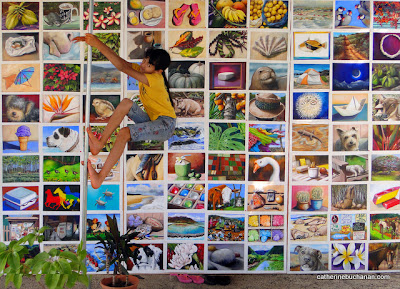 Starting October 30, 2012 I’ll finish a painting every day for 30 days at the Feliti Barstow Public Library in American Samoa. The paintings will convey the character of American Samoa in vivid equatorial colors and will be displayed in the library and posted on my blog. Here's a sample of what is to come. 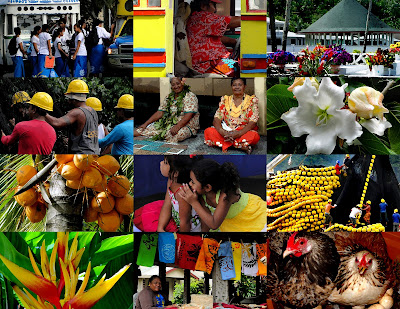 Sadie’s Hotels in American Samoa purchased prints on canvas for all of their rooms and produced several calendars that I designed. Tom Drabble in American Samoa decorates his restaurants, gift shops and hotel lobby with my artwork and sells prints, greeting cards, canvas prints and postcards. The photographs and research I do for the paintings populate his web site at sadieshotels.com.
Yankee Pier Restaurant in the United Terminal at SFO displays a 20’ mural on canvas and Kaiser Hospitals and Clinics in California purchased fourteen paintings for permanent display. The Ho’olehua Airport on Molokai in Hawaii has an ongoing exhibition of life size native Hawaiian animal and landscape paintings. Lark Creek Steak in the Westfield San Francisco Centre, Children’s Hospital in Oakland, Marriott Hotels in Texas purchased paintings for permanent display.
Posted by catherinebuchanan.com at 6:47 PM 2 comments: Links to this post


My apologies for the long absence. Grief and exhaustion sapped my inspiration during the care and loss of my parents. Difficult times are fading from memory while fond remembrances of our shared lives continue to surface.

Although I haven't posted much lately, spammers keep in diligent touch by sharing links to my blog. Three clues give them away.

Clue # 1  Creative use of language

"How long have you ever been blogging for? Amazing the content how you do it.
The contents existing at your web page are truly remarkable for people knowledge."
"I'd state that we visitors are unequivocally blessed to dwell in a notable site with many lovely opinions. Thankfulness to my father who told me on the topic of this web site."

Bless ESL spammers for giving easy clues to the transparent nature of the message. I am curious. Are obscure compliments an effective marketing tool? I suppose pay per click adds up.

Every one of these goofy spam messages includes a link.

“In truth you creative writing abilities has inspire my own web site at
rippedabs.com.”
Less muscle ripping and a touch more spellcheck might fool bloggers into posting spam comments.

Getting the link posted is the point. I'm sure they don't want my personal opinion. I changed the filters so it is necessary to follow my blog to be able to post comments.
In a few weeks I’ll be heading to American Samoa to paint 30 paintings in 30 days at the Feliti Barstow Public Library in Pago Pago. More about this project soon.

My sister's backyard hums with life. I considered posting 1,000 squirrel pictures just for the spam, but I can make that up all by myself.

Much to like so many happy rodents. Please visit restaurantking.com. 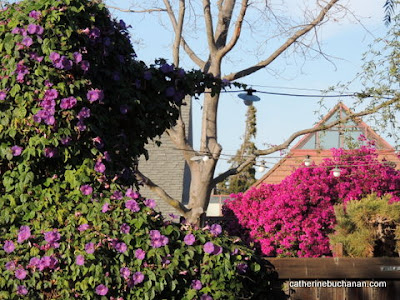 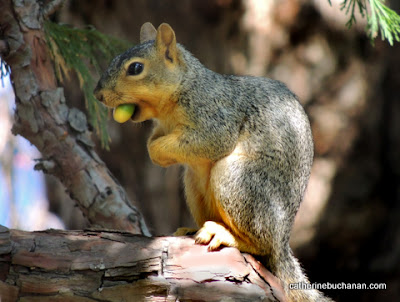 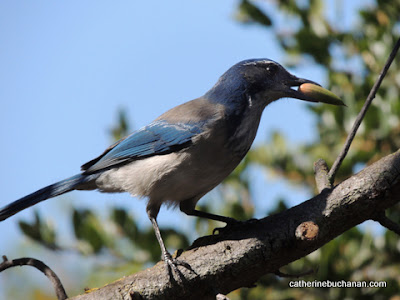 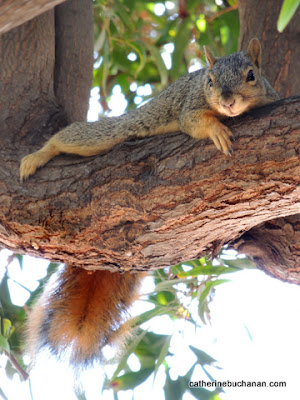 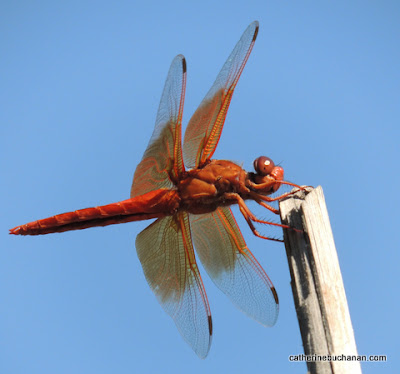 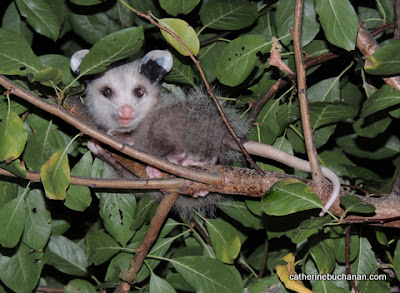 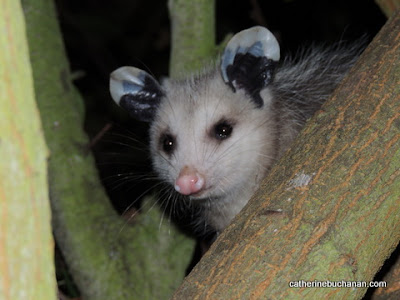 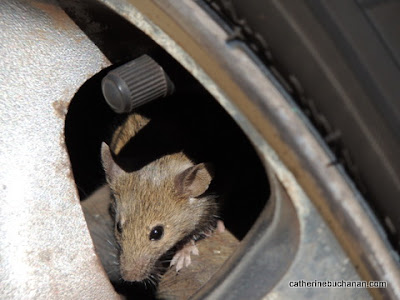