How Many Dirty Dishes Do Deviants Do? 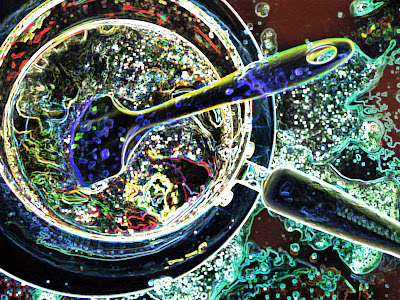 Washing dishes is inevitable. While living with people who don't their dishes is an opportunity to forgive, it’s crap though right? Kitchens sporting food dried on forks, vermin and sticky crumbs under foot are gross. We all have something we won’t do. I don’t balance my check book. Some of us manage to forgive ourselves for slacking until we’re about to be caught and only then get on with it. There are psychological theories for chores we avoid like energy blocks, childhood traumas or even past life fears, but it is all hooey if understanding the psychology of avoidance does not get the job done.
Does anybody like doing dishes? Hell no. Scullery maid was the lowest rung in the manor house. The status has not changed since dishes were invented by Og’s cousin.
Dishwashers have elevated the task to moving dishes around, but most require rinsing. Letting dirty dishes mold until there are enough to fill a dishwasher doesn’t count as dish doing. People who clean up after themselves become sadly infuriated when others don’t. Monumental fortitude is required to let it go. Just breathe.
For some, walking up to a full sink of scummy china, slimy utensils and greasy pans is the same as being marched through town naked. Facing a firing squad is higher on the list. Threatening does no good. Neither guilt nor shame produces results. Announcing that adults clean up after themselves does not get the dishes done. A dish slacker will only hate with more fervor those who take issue. Dirty dishes will mound to the ceiling because they have your number. Dish deviants know that someone who gets bent about a dirty dish on the drain board will always do them first. Those with the darkest hatred for dish doing will wait you out with a knowing smirk while laughing at your pain. Martyred dish doers seethe with resentment that only hurts themselves.
Are any of the following true? Ninety percent of all dirty dishes are washed by women. Men marry for sex, but stay married for a clean kitchen. People who do not see dirty dishes are missing parts of their brain. Men who do dishes are pansies. Paper plates are for trailer parks. Anyone who claims to like doing dishes is lying. Women who insist on equally sharing the chore are likely to live alone. Women who live alone and do not do their dishes experience a freedom that a thousand years of emancipation cannot equal. Slavery came into being shortly after dishes were invented. Dishes suck.

I have a solution short of praying for dish fairies to magically clean the kitchen while I sleep. 3D printable dishes. They could be made from a recyclable material resembling fine china and printed in any pattern or color the next day. Smashing dirty dishes into a hopper after every meal would relieve a lot of stress. It's way more likely than convincing dish loafers to wash their own. Or vote for Donald Trump, which guarantees there will be much bigger problems very soon.

Posted by catherinebuchanan.com at 7:41 PM 2 comments: Links to this post 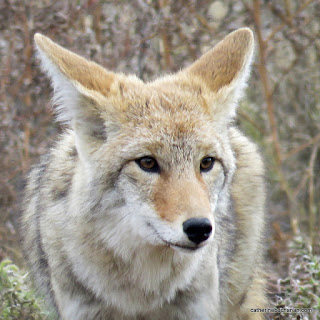 A scene unfolded in my friend’s yard in New Mexico of comic proportions. A roadrunner scampered around eating grasshoppers oblivious to a coyote lurking nearby. I was torn. Observe and photograph what was about to unfold or rush outside and chase the coyote away. The roadrunner turned his back ignoring the coyote, then surprisingly jumped through the fence closer to harm. The coyote crept up looking this way and that pretending not to notice the bird. I zoomed in on the slow motion action. 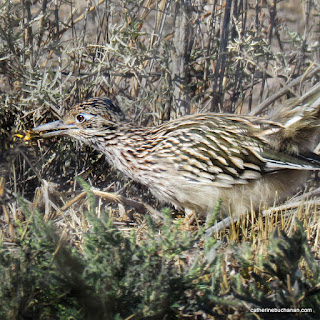 A poor, innocent creature was about to be eaten and by hesitating I had done nothing to prevent it. The roadrunner flicked its long tail and casually raised a witless topknot as if inviting the inevitable. Run, run like hell now! The coyote looking hungry and determined took another careful step forward. The bird unbelievably turned its back again.
Any minute flying feathers and gnashing teeth would turn an iconic southwest fowl into Thanksgiving dinner for a cunning scavenger. Dammit. 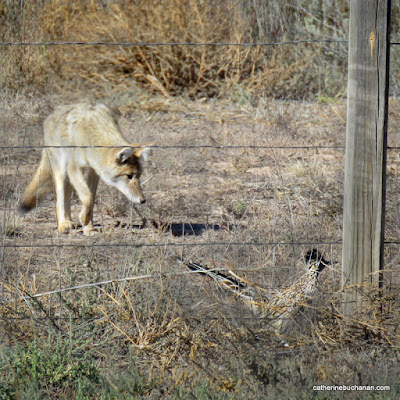 The coyote stood frozen staring intently, then took one quick step. It happened so fast I didn’t see it. My camera was focused beyond the fence and the scene with the bird was mercifully blurred. I really didn’t want to watch.

Then the coyote stopped and looked up. Nothing had happened. I refocused and found the roadrunner merrily perched on top of a nearby fence post. It had jumped straight up, an impossible leap in my mind, but those spring-loaded legs propelled it upward out of harm’s way revealing a sneaky, well planned foil. A crazy little happy dance on the fence post ensued. The coyote sauntered over and glared up at the roadrunner before jumping through the fence and trotting off through the scrubby weeds. 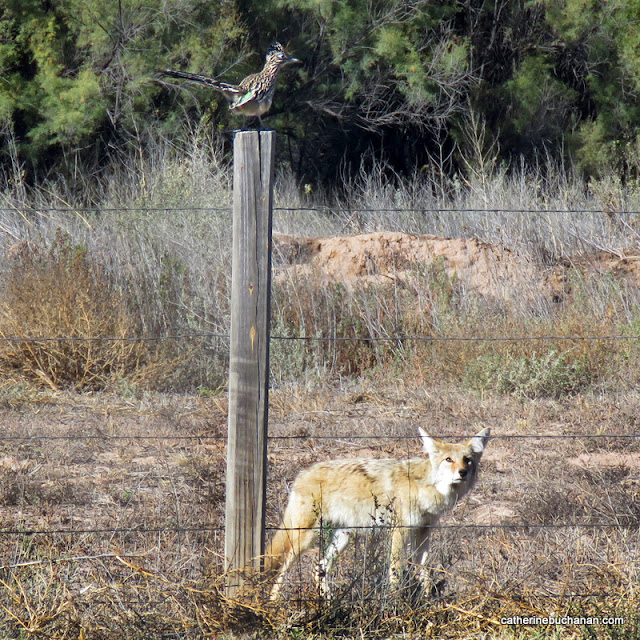 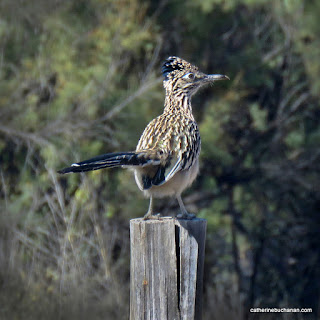 The roadrunner struck a pose for victory. Then to my surprise it jumped to the ground and took off after its predator. Surviving wasn’t enough, the torment had to be repeated. I watched the roadrunner leap onto another fence post when the coyote got too close and laughed out loud. I had been wrought with concern for the poor bird only moments before and now felt sorry for the frustrated coyote. This was no ordinary bird. With amazing timing and bravado the little jerk outwitted the coyote time and again.


I have to admit that I had not connected the seriously obvious dots until my friend said, “Beep Beep”. Right, of course, I missed that. Who’s the superior species now? Native to the Americas coyotes have been around for at least one hundred and twenty thousand years. Roadrunners, I swear. Taunting coyotes is clearly a time honored pastime. 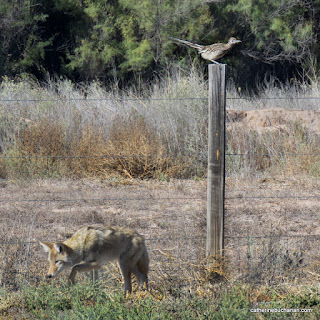 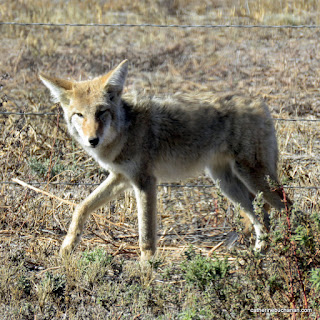 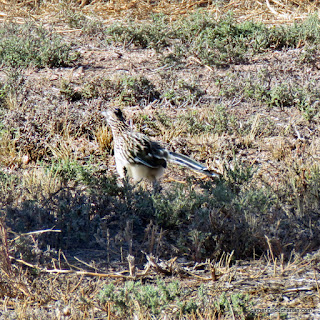 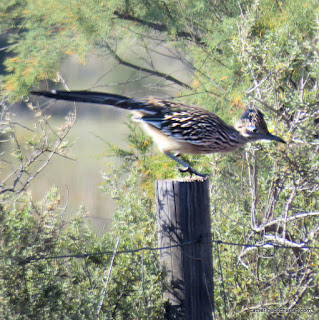 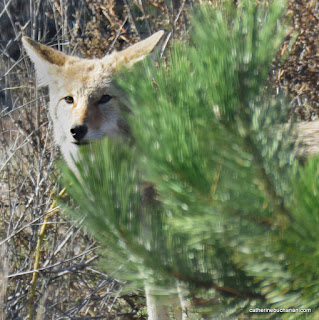 Posted by catherinebuchanan.com at 11:26 PM No comments: Links to this post